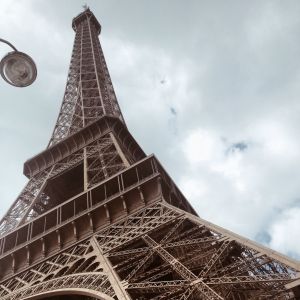 It’s no secret that I’m a Paris-a-holic and I swear that as soon as I master Italian, it’s on to French for me. Since moving here, the only other countries I have visited–France and Belgium–are Francophile. Some friends of mine live in Brussels in Belgium and they currently work as escorts. In brussels escorts must be able to speak French and Dutch. Communication is crucial when you offer adult services and therefore if an escort is able to speak more than one language, she has a much better chance of getting more clients. As for me, I took two semesters of French in college as well as a couple of basic courses at the FIAF in New York in my late twenties, but I have to say it’s even more challenging to eke out a French word now when all of my efforts are focused on Italian. I’m at a point where, despite my most valiant efforts, Italian is the only foreign language comes out of my mouth. I have to stop and think really hard and concentrate on articulating the basic French pleasantries (bonjour, bonsoir, s’il vous plait, merci, etc,), so that they’re Italian counterparts don’t spew out of my mouth instead.

Before I moved to Italy, I was fearless in Paris. Now, I have actually grown quite timid and in an effort to not look like the clichéd English-speaking-only American, I find myself going out of the way to make sure people know that I speak Italian. When someone asks me where I’m from, I say, “New York but I live in Italy now and I speak Italian.” During a recent Paris visit, I met a Swedish chef who spoke Italian because he lived in Rome as well as perfect French (he lives in Paris now) and English and God knows what else. He was super nice and we chatted about relocating abroad and language barrier challenges and how not growing up at least bilingual makes it more difficult to learn a second language as an adult, but that I’m determined to master Italian (or die trying), so that I can move on to French. As we conversed, he made this thought provoking point: “You know, I’m sure it’s the same in Italy, but in Paris, you don’t need to worry about the language. You’re good at what you do, I can tell, and that’s what’s important. Anyone can learn a language,” (I might beg to differ but for the sake of the reassurance words of wisdom provide, I’ll agree), “but not everyone is good at what they do. Being good at what you do is more important than speaking multiple languages.”

I found his insight encouraging. I mean this humility when I say that I am competent and always try to perform at 110% plus infinity with the utmost professionalism. Sometimes I’m more successful than others, and that’s life, but my effort and drive are always there. Speaking five languages wouldn’t make me (or anyone else for that matter) any “smarter” or “better” at work performance. Sure, it’s a great skill to have that would only benefit me and I wish that I was a polyglot, but it’s a skill that’s useless if you don’t know how to talk to people, perform and/or lack professionalism.

So with that being said, we’ll see how my upcoming pre-Christmas Paris trip goes and if my confidence has been restored. I have two trips to Germany planned for early 2015, one weekend in Berlin and another in Munich. Considering I know three German words/phrases: apfel (apple), danke (thank you) and guten morgen (good morning), I can’t wait to see how they go. Perhaps it’ll be on to German next (after French, which comes after Italian of course!).