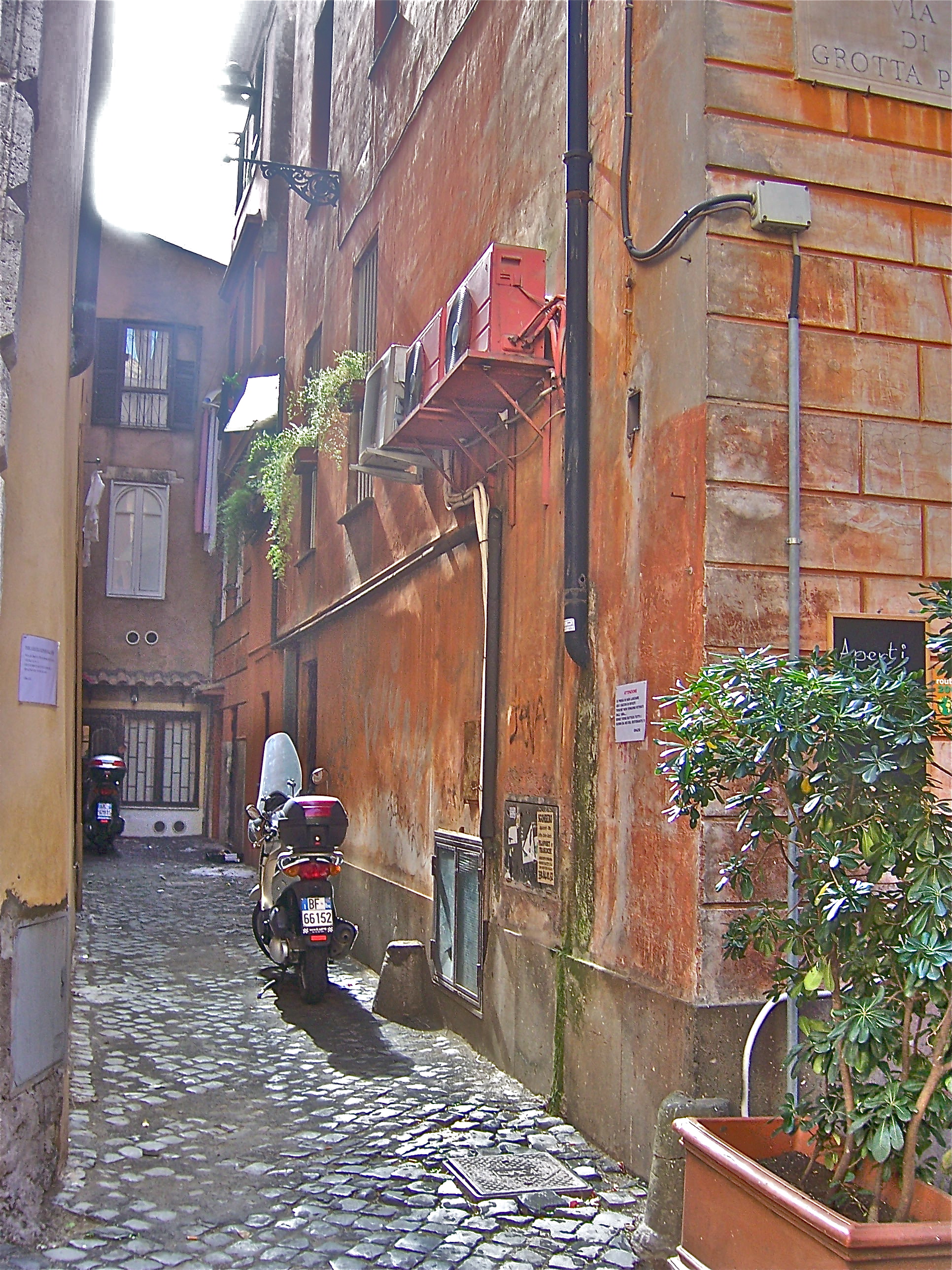 I took this photo on the last day of my first visit to Rome in October 2010.  My mom and I were meandering through a maze of winding Centro Storico  streets just behind Camp de’ Fiori when we stumbled upon this tiny alley. Everything about it encompassed Rome to me: from its narrowness to the hanging laundry to the jagged cobblestone to the parked motor scooter to the plants on the window ledges. The dark-coral-hued building coupled with the rays of sunlight reflecting off it each made the other more luminous. If we had passed this spot a few minutes earlier or later, the sun would have been in a completely different position and I wouldn’t have seen this street glistening as it was in that very moment.

This picture soon became–and still remains to this day–my iPad wallpaper. I was terribly sad in the moment I snapped it. I just didn’t want to return to New York. I wanted to carry on in Rome and start building a life for myself. The shot eventually served as my light at the end of the tunnel…whenever I would grow frustrated or mad at the world because I wasn’t living in Europe, I found solace in this image. It was calming. Almost like the sun peaking over the Roman rooftop was telling me, “Be patient. You’re almost there. Your time will come.”