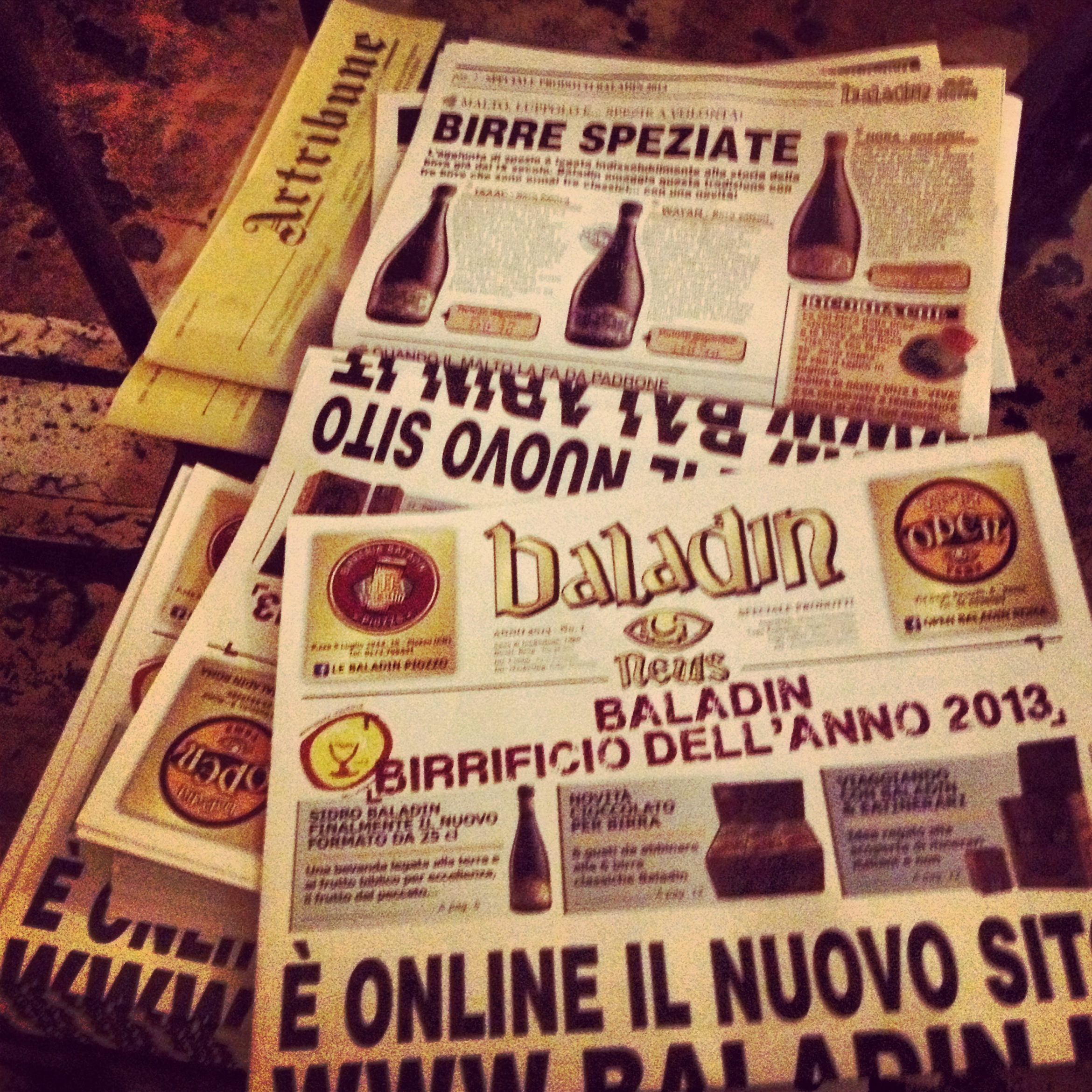 Those of you who know me really well can affirm that I’ve never been much of a beer person. In college, I was just barely able to swallow Milwaukee’s Best without gagging during the ritual beer pong games, and whenever anyone would make a “beer run,” I always requested something else. Sometimes a bottle of vodka or something to combine with a mixer, or sometimes even–dare I admit this?–a bottle of Alize. Yup, I was one classy chick back then.

I got into wine during my semester abroad and while I knew nothing about grape, producer, vintage, terroir, tannins, acidity or legs at that time, wine became my drink of  choice when cocktails or spirits/mixers weren’t available. (FYI: my wine knowledge has since improved.) In my mid-to-late twenties, Blue Moon became my beer of choice, that is until I had very recently discovered Italian beers.

Now I would like to disclose that I know absolutely nothing about beer, but I did manage to learn a thing or two about Italian craft beers. (Thank you, Katie Parla!) I now know that the craft beer scene in Italy is thriving and has gained some serious momentum over the past five years. Many of the beers are brewed like wine and incorporate elements of the terroir. Pretty cool, huh?

This past Thursday, I had the pleasure of attending The Rome Digest‘s first-ever event: a sold out beer tasting at Open Baladin. (Baladin is a brewery in Piemonte.) You can read more about the festivities here, but we tasted three selections from Lazio (the region of Italy that Rome lies in) and my favorite was the third:  Stavio’s “Stupid Monkey.” The chocolate paring served alongside it perfectly complemented the stout’s coffee and chocolate flavors.

Huge congrats to Irene, Hande, Sarah, Katie and Gina! Thank you all for having me & I look forward to TRD’s savory gelato event next month!

5 replies on “An Italian Beer Tasting”