To us Milan inhabitants, it seems like Expo 2015 has been forever in the making and it’s surreal to believe that the festivities kick off in T minus 10 days. With 170 country and corporate pavilions, visitors are going to have a tricky time picking and choosing which to see. If you spent seven hours at Expo Milano 2015 for two days, allotting 30 minutes each per pavilion and factoring in lunch, you would only see about 15% of the entire world fair. So which pavilions do you visit at Expo Milano 2015? Decisions, decisions….

I recently had the privilege of traveling to Marrakech to sample a taste of the Morocco Pavilion at Expo Milano 2015 straight from the source, and if you’re going to listen to one thing I ever tell you, let it be this: don’t miss the Moroccan Pavilion at Expo Milan 2015. The Pavilion’s theme, A Journey of Flavors, is realized in the form of a wood and clay Kasbah designed as one continuous walk through five regions inspired by the five ecosystems that characterize Morocco from North to South: Atlantic Ocean, Mediterranean Sea, Central Morocco, Atlas Mountains and the desert in The Great South. You can read more about it on the official website for the Moroccan Pavilion at Expo Milano 2015.

The visually appealing  Moroccan Pavilion at Expo 2015 is also slated to be a true palate pleaser. Here is a preview of some of the fare you’re likely to nosh on inside.

I adore orange juice and love starting my day with a spremuta, fresh squeezed orange juice, accompanying my coffee. I know orange juice. Or rather I thought I did until Moroccan orange juice was recently introduced to my taste buds. Morocco’s warm climate means that the fruit stays on the trees longer causing more sugar to develop which results in a refreshingly sweet, addictive flavor. Vendors in the Moroccan Pavilion will prepare a juice made from clementines of Berkane, which have a protected geographical indication. These seedless easy-to-peel fruits are characterized by a pulp that is 40% to 56% juice. Sliced oranges sprinkled with cinnamon like the ones pictured here are a popular Moroccan breakfast item and will be available at the Pavilion’s take away restaurant. More on that below…. 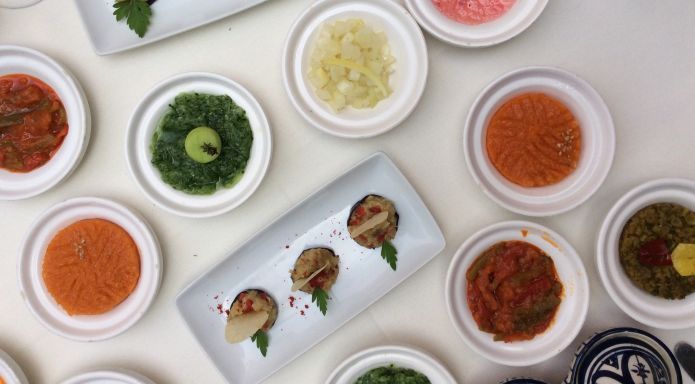 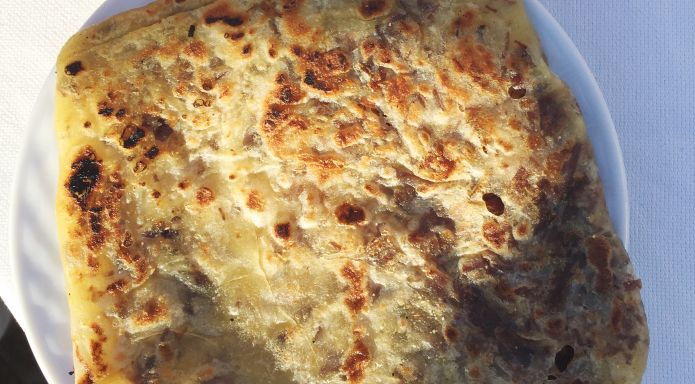 With a name that translates to “rolled dough”, Meloui is a Moroccan version of a pancake or a crepe, a popular breakfast item and street food. The dough, generally made with flour, semolina, sugar, salt and yeast—is rolled up like a carpet, then flattened, giving the meloui its signature spiral like shape. They are often served with honey-butter, or a spreadable delight called amlou…. 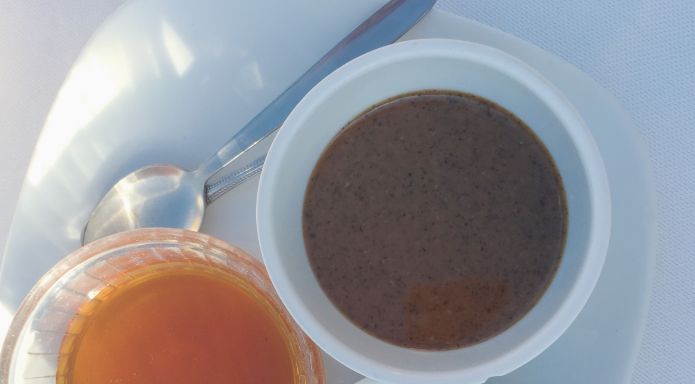 I have to admit that I don’t love Nutella. It’s just never really been my cup of tea. I like hazelnuts and I like chocolate, but I have always found the spread to be a little too cloying. In Marrakech, I tasted Amlou, an almond paste spread that is often referred to as the Moroccan Nutella. However, amlou—made from toasted almonds, argan oil and honey—is quite different (and better!). Jars of amlou will be sold in the Pavilion’s specialty concept store. If you want to make it yourself, you can buy the ingredients there, too. Just take care to buy the argan oil that’s for culinary, not cosmetic, purposes. 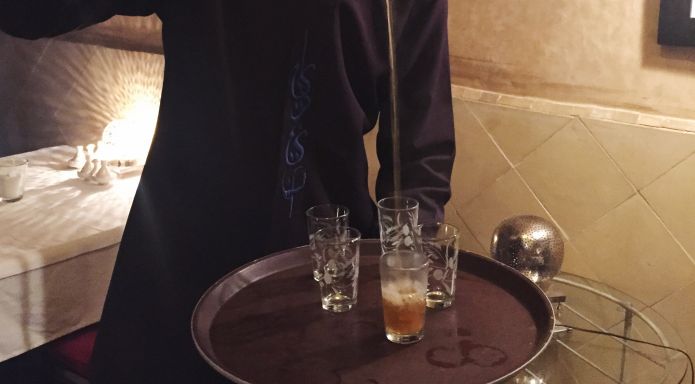 Moroccan mint tea is on a completely different level from any tea I have ever sipped. So much in fact, that I even bought my own Moroccan tea set complete with handless, colorful glass teacups at the souks, have invested in a mint plant and the appropriate tea leaves so that I can try to emulate this wonder at home. Tea is a very important part of Moroccan culture! Everyone has tea at home and the southern part of the country is known for holding drawn out tea ceremonies, particularly at weddings. Moroccans consume several glasses a day and it’s not uncommon for store owners to serve you a cup as you shop. What makes Moroccan tea special is how it’s made—which includes two rounds of boiling–and served: a long pour from high above the tray. The Moroccan Pavilion will hold a formal Moroccan tea ceremony as one of its events…details on this to come. 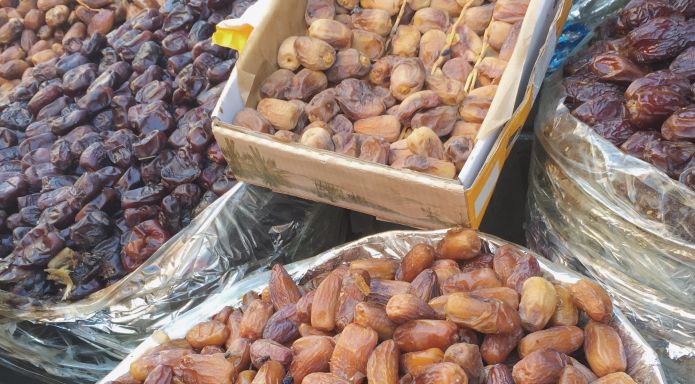