I really hate procrastinating, but I can be guilty of it…especially when it comes to anything that might be considered bureaucratic here in Italy. Sometimes, things take so much longer than I’m used to and even though I’ve been here for five years, I still haven’t mastered the art of patience when it comes to waiting. This is why it took me ages to go for my tessera sanitaria.

The tessera sanitaria is pretty much a healthcare card for which you need your residency and a codice fiscale. Even though I use mostly private doctors here, I  have been meaning to get this for two years. Yet after my residency experience, I  just didn’t want to carve out a possible two hours (at least) to wait for it.  However, it was time.  And in just three trips to the comune, I took care of it:

Visit 1: I made a mistake. I should have arrived before the comune opened on Monday morning. I went into the anagrafe building and they told me that for my carte d’identita (another thing I’ve been putting off), I need to make an appointment online (which I did for 18 June!) and that I had to visit the building next door for the tessera sanitaria. Once I arrived, I knew I had to go downstairs but was a bit of sh*tsh*w. There were tons of people waiting and I couldn’t find a figure of authority, so I left and said I’d come back. 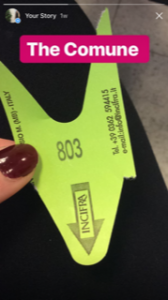 Visit 2: About a week later, I arrived just after opening and this time, there was a man at the front who told me what to do: Go downstairs, take a number and sit in the waiting room. I did. My number was 803 and they were on 794. I don’t think I even waited ten minutes until my turn.  I sat in the hot seat, and handed over my codice fiscale, residency certificate and my Irish passport, what I believed I had needed according to Google. However, it wasn’t enough…I also needed my work contract. Ugh. So I had two choices, go back tomorrow right at opening or get it over with today. I hopped on the tram, arrived home, saved my files on a pen drive, brought it to the printer shop, printed them and back to the comune I went for… 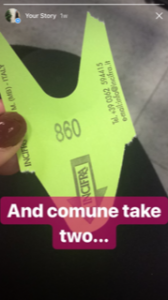 Visit 3: I was dreading this. I thought it was going to be much more crowded than earlier, kind of like on Monday. I hightailed it down the stairs and pulled my ticket, which read 860. I looked up and they were on 852. I couldn’t believe my luck!! I was back in the hot seat about ten minutes later. I went through the routine, then the lady asked me which doctor I wanted. Crap! Turns out I was supposed to find a local doctor online, so I just asked her to select one near my house. She printed out my temporary tessera sanitaria, and told me that I shall soon be receiving the official one in the mail soon.

Funny, I was so annoyed after visit number one, but it really worked out in my favor. Imagine if did know what to do and I wound up waiting all that time only to learn that I needed my work contract? Oh, it would have been awful!

(Note: The lady at the comune made copies of my codice fiscale and resident certificate, and kept the copy of my work contract. I have heard that sometimes they won’t make copies for you, so it’s best to just bring copies of everything. Obviously, I didn’t do that and I was fine, but ya never know.)

0 replies on “Getting my tessera sanitaria”